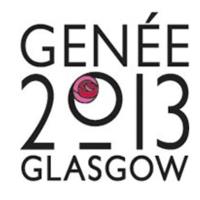 Following the success of the first Guest Speaker event with Christopher Hampson in April 2012, the Royal Academy of Dance’s Faculty of Education is due to welcome Kevin O’Hare, brand new Director of The Royal Ballet. O’Hare will be the first “event” of the RAD’s 2012-2013 Guest Speaker Series, open to RAD students, members and non-members alike.

O’Hare lay his leotards and leggings to rest in 2000 when he retired from dancing in order to work with the Royal Shakespeare Company, training in company management. He returned to BRB as Company Manager in 2001, joining The Royal Ballet as Company Manager in 2004. In 2009, O’Hare became Administrative Director, with 2012 marking his progression to Direction of the company. In addition to being a governor of The Royal Ballet School, O’Hare has never stepped out of the performing arts sector, and it has certainly paid off.

Image courtesy of the Royal Academy of Dance.