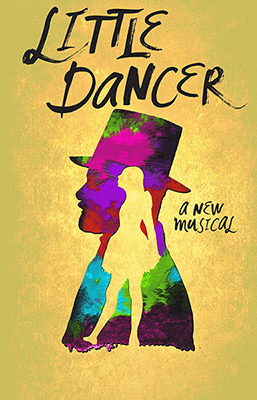 Edward Degas’ sculpture ‘The Little Dancer’ is one which every dancer is familiar with. Created in 1881, the model was a 14 year old student at the Paris Opera Ballet School named Marie van Goethem. The figure of the girl, standing in a casual fourth position, arms clasped behind her, has appealed to people – not just dancers – everywhere. It is also largely admired by dancers for its correct depiction of turned out limbs.

Now the story of the model and the artist has been brought to the stage in a new musical, directed and choreographed by the legendary Broadway choreographer Susan Stroman. It is now running at the Kennedy Centre in Washington DC until the end of November, with the expectation that the new musical will transfer to New York in the near future. The lead role of the young Marie has been created for Tiler Peck, a principal dancer of New York City Ballet who has recently been trying her hand at musical theatre. It has been maintained that this will be one of the rare Broadway musicals not based on a film.

In more news for NYCB, Christopher Wheeldon will be directing and choreographing a stage version of one of the most iconic musical films of all time: An American in Paris. NYCB principal Robert Fairchild, an exceptionally versatile performer, will take on the Gene Kelly role as the leading man.

The much-loved Gershwin songs guarantee a first-rate score, and it will be exciting to see how Wheeldon handles the pressure of a big Broadway musical, bringing the film’s characters to life in the 21st century, despite being much better known as a classical ballet choreographer. An American in Paris opens in Paris at the Théatre du Chatelet in December and arrives on Broadway in April next year. 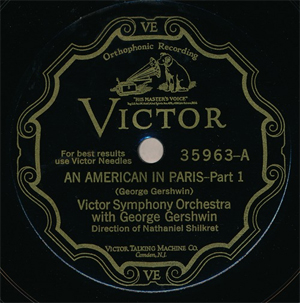 Jean-Luc Choplin, the director of the Théâtre du Châtelet in Paris, has brought many American musicals to his Paris stage in recent years, with a focus on the work of Stephen Sondheim, in English with French subtitles. Recently it was announced that he is co-producing a new musical version of the Oscar-winning 1951 MGM movie An American in Paris, with music and lyrics by George and Ira Gershwin.

Châtelet has many links with Broadway: it presented Show Boat in 1929, two years after its Broadway premiere, and under Choplin, its presentations of American musicals have included West Side Story, My Fair Lady, The Sound of Music, Carousel and Sondheim’s A Little Night Music and Sweeney Todd. This season it is offering the return of My Fair Lady in December as well as new productions of Sondheim’s Into the Woods in April, and Rodgers and Hammerstein’s The King and I in June.

An American in Paris will begin in winter 2014, with a planned move to Broadway in spring 2015. The director and choreographer is Christopher Wheeldon, making his Broadway directing debut. A former dancer with the New York City Ballet, Wheeldon has worked on full-length ballets and excelled at storytelling and developing characters in dance. He is to create a ballet sequence for the musical that is different from the movie’s famed version.

The film, which won six Academy Awards, including best picture, is set in post-World War II Paris. It starred Gene Kelly as a former GI seeking success as a painter, and Leslie Caron as the French girl with whom he falls in love. Dancers Robert Fairchild and Leanne Cope have the workshop’s lead roles, but the parts for the Paris and New York runs have not been cast.