The first National College for the Creative and Cultural Industries is to be established at the High House Production Park in Thurrock, with backing from the government, it has been revealed. The college will open in September 2016 and will provide specialist training for the technical skills needed by the artistic industries.

It will be managed by Creative and Cultural Skills on behalf of industry employers including the Royal Opera House, Live Nation, White Light and the Association of British Theatre Technicians. Coincidentally, High House Production Park is also home to the Royal Opera House’s set and scenery workshop and costume centre. This first for artistic education should be a great asset to the industry, providing opportunities for aspiring learners to gain the skills they need for this type of work.

The college is one of four employer-led national colleges announced by business secretary Vince Cable in December, with other colleges including centres for advanced manufacturing, digital skills and wind energy. It is important to nourish the talent which brings plays, operas and films to life on stage and screen, as it is the driving force behind our world-leading creative sector. By continuing to invest in the next generation of talent, we are prolonging the industry for the future.

The four colleges will receive up to £80 million capital funding that will be matched by employers, and will cater for around 10,000 students by 2020. High House Production Park will become an important centre for young people to develop the technical skills the creative and cultural sector needs, as well as ensuring the creative sector grows for the long-term. By developing these opportunities and having professionals and training facilities in backstage and technical skills in one place is unmatched and will help enormously in equipping people with the right skills for jobs in the creative industries.

On 10 September the Royal Academy of Dance will be launching Progressions: the launch of the new Advanced Foundation, 1 & 2 syllabi. It will be a virtual launch of the new work of the vocational graded examinations meaning members and non members alike will be able to watch the first ever virtual launch of new RAD syllabi on 10 September. Also on offer to engage with are demonstrations of the new advanced work, interviews with the creative panel and even a live Twitter question and answer session.

The online launch will be available to view at intervals throughout the day depending on where viewers are located. In addition to the launch events are being organised across the world by RAD National and Regional Managers with countries such as USA, Canada, Brazil, Spain, Jamaica, Sri Lanka and Mexico in discussion about holding events for members to attend to watch the launch together. There will also be ‘coffee morning’ style events round the UK in many regions, and one held at RAD headquarters too.

The new syllabi (Advanced Foundation (male & female), Advanced 1 (female) and Advanced 2 (female)) challenge students to meet higher technical and artistic demands than previously, with a nod towards current ballet training and performance. Each of the new syllabi provides opportunities for self-expression and achievement through dance, while building on the foundation of previous grades offered by the RAD, in both the graded and vocational graded strands of work.

The virtual launch will highlight the RAD at the forefront of dance training, with the examination syllabus reflecting this. The new syllabi have been developed with an emphasis on choreography, music and performance through dancers’ technical development at an advanced level. As a result candidates will prepare for an internationally recognised portfolio of examinations which is seen as an industry benchmark for students working towards a professional dance career. 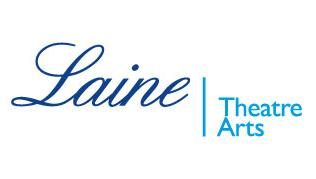 Students at the prestigious musical theatre college Laine Theatre Arts have had a blow ahead of the new academic year. Epsom and Ewell Council, the area in which the college is situated, has withdrawn housing benefits which many of the student receive.

As an institution of further education, Laine Theatre Arts students were entitled to the benefits in order to subsidise their tuition fees and rent, however September may see many students unable to pay their rent to stay in Epsom and attend college.

Laine Theatre Arts is now deemed a provider of higher education, alongside universities and similar institutions, awarding its graduates with a diploma. This would presumably make the college eligible to receive student loans for the hefty tuition fees which are charged by most performing arts colleges, yet this is not the case. With no access to housing benefits or loans for fees which may see many parents remortgage their houses to pay up, for example, Laine Theatre Arts students are in a rather unfortunate position.

In the wake of cuts to arts funding and speculation as to the survival rate of many West End shows, theatre and dance organisations and providers of performing arts training, it is becoming increasingly clear that the arts are being brushed to one side, devalued by the lack of investment and support from funders. Just last week there was musings in The Stage online as to what would happen if the Royal Opera House was to lose its funding. Whilst the venue is not every audience’s choice for the arts, it would be a great pillar lost in the upholding of the arts and what value they stand for.

Unfortunately there does not appear to be a clear step forward in terms of funding for the arts, but in the short term it is hoped that the students of Laine Theatre Arts will be eligible to apply for student loans to aid their studies. 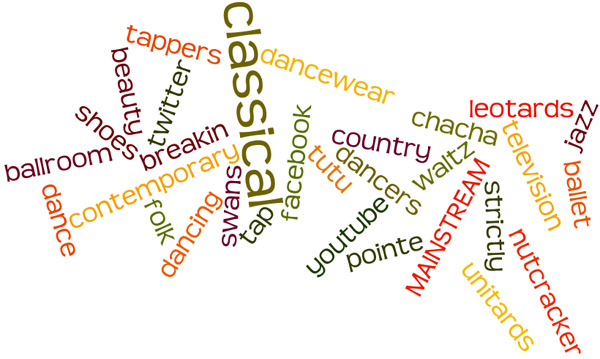 As the end of the last school and college holidays draw near, students all over begin to contemplate the future. In collecting their A2 results from Sixth Form or college, there is much speculation as to whether the student achieved the grades to get into their selected universities, and then study the subject they applied for initially.

Some students may have already decided that performing arts vocational college is the right direction for them to go in, having already auditioned and gained a place at their chosen college, ready to start high-kicking and channelling Othello come September. In choosing the path following college or Sixth Form, it’s easy to forget the student must choose what is right for their talent and dreams of the future: many choose vocational college, whereas others may choose to go down a more academic route and study dance, drama or performing arts at a university as the higher education provider.

In favouring academic study, students are able to glean the best from both worlds. Many university courses offer a 50/50 split of academic study and practical study, enabling the student to learn their craft in a different environment, and then learn – for example – a more in depth history of their passion and the context behind it. However, a more academic course is not for everyone, which is why students must weigh up their talents and options carefully.

On the other hand, some students may still be considering their future in the wait for their exam results this month, perhaps contemplating taking a year out from study to travel or work. Many universities and higher education providers offer places on courses through clearing, meaning there still may be a chance to study in September in an area which holds a great deal of passion.