Edward Degas’ sculpture ‘The Little Dancer’ is one which every dancer is familiar with. Created in 1881, the model was a 14 year old student at the Paris Opera Ballet School named Marie van Goethem. The figure of the girl, standing in a casual fourth position, arms clasped behind her, has appealed to people – not just dancers – everywhere. It is also largely admired by dancers for its correct depiction of turned out limbs.

Now the story of the model and the artist has been brought to the stage in a new musical, directed and choreographed by the legendary Broadway choreographer Susan Stroman. It is now running at the Kennedy Centre in Washington DC until the end of November, with the expectation that the new musical will transfer to New York in the near future. The lead role of the young Marie has been created for Tiler Peck, a principal dancer of New York City Ballet who has recently been trying her hand at musical theatre. It has been maintained that this will be one of the rare Broadway musicals not based on a film.

In more news for NYCB, Christopher Wheeldon will be directing and choreographing a stage version of one of the most iconic musical films of all time: An American in Paris. NYCB principal Robert Fairchild, an exceptionally versatile performer, will take on the Gene Kelly role as the leading man.

The much-loved Gershwin songs guarantee a first-rate score, and it will be exciting to see how Wheeldon handles the pressure of a big Broadway musical, bringing the film’s characters to life in the 21st century, despite being much better known as a classical ballet choreographer. An American in Paris opens in Paris at the Théatre du Chatelet in December and arrives on Broadway in April next year.

New York City Ballet company, founded in 1948, has announced its 2013-14 season, and it is set to be incredibly exciting for eager ballet and dance fans of all genres. The new season is set to include the world premieres of ballets by Peter Martins, Justin Peck, Angelin Preljocaj and Liam Scarlett, a good result due to the speculation surrounding his absence from the next Royal Ballet season.

NYCB has carved its fantastic reputation as one of the foremost dance companies in the world, with a company of dancers who excel in their field and are unparalleled in their talent and repertory. As a result of the founders George Balanchine and Lincoln Kerstein’s dedication and commitment in its early years, the company quickly became renowned worldwide for its athletic, modern and contemporary style.

The season for NYCB will also include 22 works by company co-founder and the esteemed choreographer Balanchine, with an additional 7 works by choreographer Jerome Robbins. The iconic and traditional production of Balanchine’s Nutcracker will also run for the annual season over Christmas as part of the company’s 50th anniversary at Lincoln Center for the Performing Arts, which has been the Company’s home since the New York State Theater (now the David H. Koch Theater) opened in April 1964. In total, the season features performances of 50 ballets in the celebration.

First up for the season, beginning on 17 September, will be 6 performances of Martins’ Swan Lake and a gala performance with a premiere of work by Preljocaj. This season will also incorporate a family programme which will feature Christopher Wheeldon’s Carnival of the Animals, Martins’ Jeu de Cartes and Robbins’ Four Seasons. In the New Year, there will be a week-long festival of 21st-century choreographers, with 11 ballets by 10 choreographers, showcasing Peck’s world premiere and also including 2 fully Balanchine programmes. 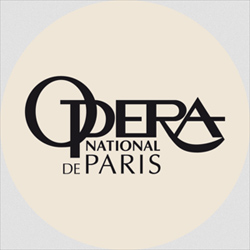 It has been announced that the Paris Opera Ballet will be taken over by Benjamin Millepied, the choreographer and a former principal at New York City Ballet, in September 2014. The previous director, Brigitte Lefèvre, will retire at the end of the 2013-14 season after nearly ten years at the top.

Millepied trained at the Lyon Conservatory, going on to join the School of American Ballet. His professional career as a dancer was spent with New York City Ballet, where quickly became a principal dancer in 2002. He then retired in 2011 in order to focus on choreography, and founded the L.A. Dance Project last year.

2014 will see Millepied inherit one of the world’s greatest classical companies, complete with 150 talented and tutu clad dancers, and a fantastic history: the company is the result of the very beginnings of ballet at Louis XIV’s court. The dancers of the company almost all come from the Paris Opera Ballet school, and they rarely leave to dance elsewhere once they have achieved a position in the company.

Millepied has had much professional experience. He has created touring groups, and has organised choreographic projects and festivals with musicians and artists. As a choreographer he has created works for major companies which include American Ballet Theatre, NYCB and the Paris Opera Ballet, and has also worked on Black Swan, the blockbuster film. Millepied has created two works for the Paris Opera Ballet and has a third commissioned for next season, ahead of his role as director. When he does step into the role, he will maintain a strong focus on contemporary ballet repertory for the classical company in order to develop a new identity and develop in-house choreographic talent, similar to Tamara Rojo’s aim at English National Ballet.

The future of ballet looks set for a lot of evolutionising!

January 22 2013 marked the birthday of Giorgi Melitonovitch Balachivadze, otherwise known to ballet and dance fans all over the world as George Balanchine, born in 1904 in St. Petersburg, Russia. Balanchine, as the co-founder of the New York City Ballet and one of the greatest choreographers of modern ballet, created the aesthetic we can recognise in theatres today, with costumes of often just leotards, tights and shoes. Other works, such as Jewels, are more classical in taste, but still echoes the Balanchine style and legacy throughout the dance sector in the twenty-first century.

Balanchine co-founded the School of American Ballet with Lincoln Kirstein and Edward Warburg in 1934, and consequently created one of his most iconic works, Serenade, as a result of his concern that his young students didn’t understand the difference between class work and perfor­mance. He decided the best way for them to learn was to give them something new and unfamiliar to dance. Balanchine said in an interview years later, “I made Serenade to show dancers how to be on a stage”, adding parts for whoever and whatever his classes consisted of. The first class had 17 girls, which explains the beginning of the piece using 17 dancers, and so on. For the emerging of the New York City Ballet, Kirstein envisioned an American ballet where young dancers could be trained and schooled under the guidance of the world’s greatest ballet masters to perform new, modern repertory, rather than relying on touring, imported artists performing for American audiences.

The School of American Ballet has been the home of New York City Ballet since Balanchine journeyed to the US, which has gone on to become one of the most renowned companies of the world. Today, the company is made up of over 100 dancers. 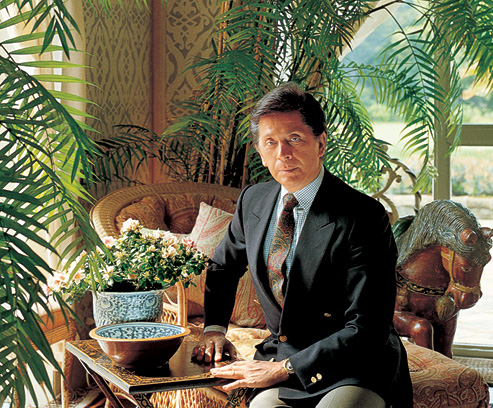 Italian designer Valentino Garavani is making his New York City Ballet comeback, set to design all the costumes for the opening of next season’s programme, a far cry from practice tights and cover-ups. Garavani will be travelling back and forth to the Big Apple from Italy to prepare the costumes of the show, ready for an exhibition which will open in London in November which will be completely dedicated to his fashion and works.

At 80 years old, Garavani has much time to enjoy his huge art collection, but it has also led to him taking some time out to work for a ballet company, one of his lifelong passions. Simultaneously, the ballet world will also be privy to passionate work: both sectors complementing each other with the tutus set to dazzle the fall opening. Garavani’s return to the fashion, and consequently, artistic spotlight via the NYCB is speculated to “wow” audiences with his collection of ballet costumes, paired with the perfect pointe shoes of the impeccable company.

The instatement of fashion with ballet is not a new venture within the dance sector, however. Earlier in 2012, English National Ballet’s Beyond Ballet Russes programme saw a new leotard clad Firebird choreographed by young British hopeful George Williamson in his first commission, utilising costumes designed by David Bamber, who has designed for many of the world’s leading fashion houses including Gucci and Tom Ford.

Additionally within the programme, Apollo‘s various costumes – such as the Muses’ layered white dresses – were designed by Karl Lagerfeld, creative director of Chanel. Chanel has a long association with ballet, with Coco Chanel herself having designed costumes for both Le Train Bleu in 1924 and the original costumes for Apollo (originally Apollon musagète) in 1929. With a long historic association of fashion with ballet, it is any wonder which direction new collaborations will take.