The Royal Ballet School has launched Inspire, a series of six seminars for classical ballet teachers starting in May 2015. Held across the UK, the inspiring events will support continued professional development and networking for dance professionals from all teaching backgrounds and societies, devised and delivered by the School. The seminars will explore good teaching practice and the foundations of classical ballet technique (non-syllabus based).

Each seminar can be attended as a one-off event but the School recommends that teachers take part in all six seminars in order to develop a comprehensive understanding of the full Inspire series. A certificate of participation will be provided after each seminar, and on finishing the six seminars, a final certificate of completion of the Inspire programme will be awarded.

The series will launch with the first event in London in May 2015, delivered by Mark Annear and Karen Berry of The Royal Ballet School. The series will then run from autumn 2015 in London, and initially Birmingham, Cardiff, York and Edinburgh. Other locations will potentially be offered later as the programme progresses. Teachers will therefore be able to access some of the finest ballet training tutors in the country to share the world-class expertise of The Royal Ballet School to enrich their practice.

The School’s mission is to train and educate outstanding classical ballet dancers for The Royal Ballet, Birmingham Royal Ballet and other top international dance companies, and in doing so to set the standards in dance training, nationally and internationally. The School offers an eight-year carefully structured dance course, aligned with an extensive academic programme, giving the students the best possible education to equip them for a career in the world of dance. Keeping in line with this, the Inspire programme will produce teachers with a well-rounded knowledge to take back to their classrooms.

The prestigious Royal Ballet School announced the appointment of Christopher Powney as their Artistic Director Designate last month, who is due to step into the role in April 2014. The current Artistic Director, Gailene Stock, is sadly unwell, and will retire from her post on 31 August 2014. As a result, the summer term of 2014 will see Powney taking over the running of the School after a transitional period. Jay Jolley will continue in the role of Acting Director and will lead the School’s artistic programmes into the 2013/14 academic year.

As one of the top classical dance training centres in the world, the Royal Ballet School has flourished under Stock and is hoped to continue this journey under Powney, selected unanimously to take the school further forward as the driving force behind exceptionally talented and motivated young dancers.

Powney, a former teacher at The Royal Ballet Upper School, is currently Artistic Director of the Dutch National Ballet Academy and has danced himself with Northern Ballet, English National Ballet and Ballet Rambert, as it was then known. During his career he has worked with some of the world’s leading artists, such as Rudolf Nureyev, Jiri Kylian, Lynn Seymour, Christopher Bruce, Twyla Tharp, Frederick Franklin, and Glen Tetley.

Powney later went on to focus on teaching, having qualified with The Royal Ballet School’s Professional Dancers Teachers’ Course. He was Assistant Artistic Director of the Central School of Ballet’s graduate touring company, and in 2000, he joined the teaching staff of The Royal Ballet Upper School. 2006 saw him invited to take on the position of graduate teacher with the dance department of the Royal Conservatoire in The Hague. Powney has also been a member of the board for the British Association of Performing Arts Medicine and was a jury member of the 2011 Prix de Lausanne competition. 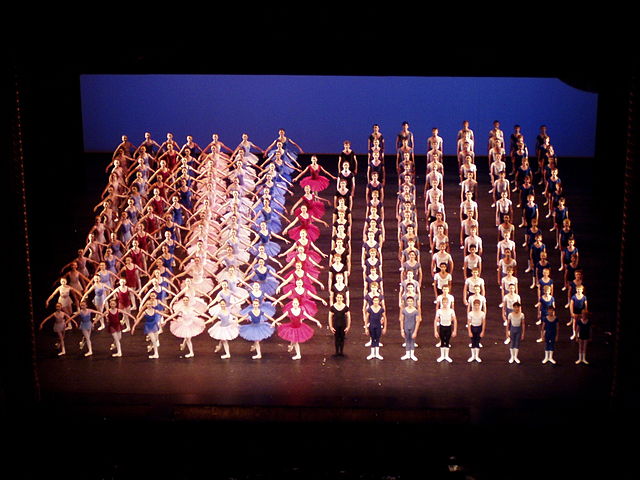 Over the next 7 months, The Royal Ballet School will open its doors to teachers, dance students and enthusiasts alike for a series of exciting lectures and masterclasses once a month, with pointe shoes and tiaras optional. This series of “Exploration Days” will examine the pedagogy and training programmes of the French, Italian, Danish and Russian Schools, and how they influenced the development of the English School as established by Ninette De Valois in 1926.

De Valois founded the school with the opening of the Academy of Choreographic Art, which was renamed the Vic-Wells Ballet School in 1931, renamed in 1939 as The Sadler’s Wells Ballet School: when the school was granted its Royal Charter in 1956, the school was given its current name. Each of the Exploration Days will examine the history and style of each of the Schools in turn, including a ballet masterclass to showcase the unique characteristics of the respective School. When developing the School, De Valois extrapolated and collated what she believed were all the strongest elements from the French, Italian, Danish and Russian schools, merging them to forge a new methodology. She hoped by doing so she would create a uniquely ‘English style’ in a fusion of the best of the old European and Russian Schools.

The Royal Ballet School is one of the most prestigious vocational ballet schools in the UK, and one of the foremost classical ballet schools worldwide, offering full-time training programmes to potentially professional dancers. The School acts as a feeder to both The Royal Ballet Company and The Birmingham Royal Ballet, and its graduates have and continue to dance, tutu clad, in internationally acclaimed companies all over the world. The students follow a specifically designed ‘System of Training’ of eight years split into two courses; a five year course at the Lower School (White Lodge, Richmond Park, Surrey) for students aged 11 to 16, followed by a three year course at the Upper School (Covent Garden, London) for students aged 16 to 18.

Image courtesy of the Wikimedia Commons.

With many young, hopeful dance students about to start auditioning for vocational performing arts colleges again, the question on most lips is, “how am I going to pay for this?”. Loan companies that students can apply to when they have secured a place at university are unlikely to offer loans to students attending vocational colleges unless the college offers a degree programme. Some unlucky, yet extremely talented students must turn down places at prestigious training institutions simply because they do not have the adequate funds to survive the course, sometimes because they do not get funding, such as through a Dance And Drama Award (DaDa), and are unable to afford the fees without it.

However, there are many methods of independent fundraising in order to get your legwarmers, jazz shoes and best leotards off to performing arts college. Fundraising can be extremely difficult, but hard work and determination prevails. If going to performing arts college means taking on three jobs throughout the summer and continuing to work throughout your studies then so be it – your passion and dreams to achieve success will carry you through.

Northern Ballet recently ran a successful Sponsor a Dancer campaign following the cuts to funding, and was the subject of a documentary called Arts Troubleshooter on BBC Two when CEO Mark Skipper acknowledged that fundraising can sometimes feel like begging in ballet shoes – other approaches are sometimes required. At The Royal Ballet School, they have a stated policy of never turning away a talented student because of finance. 96% of students there receive some form of financial assistance, enabling their tutus to twirl.

A few ideas of how to raise funds include contacting your local council, as some usually set aside money to be used for performing arts; trying to attract local press to your challenge to secure coverage and the hope of any sponsors; organising fundraising events such as performance and quiz nights with raffles; and working as hard as you can to raise as much for the funds as possible. Sometimes your determination to succeed is recognised by the particular institution you will be attending, and some offer scholarships to reward this hard work, sometimes for a term, a year, or even the rest of your time there.

The opinions expressed in the above article or review are mine alone and do not reflect the opinions of my employer. 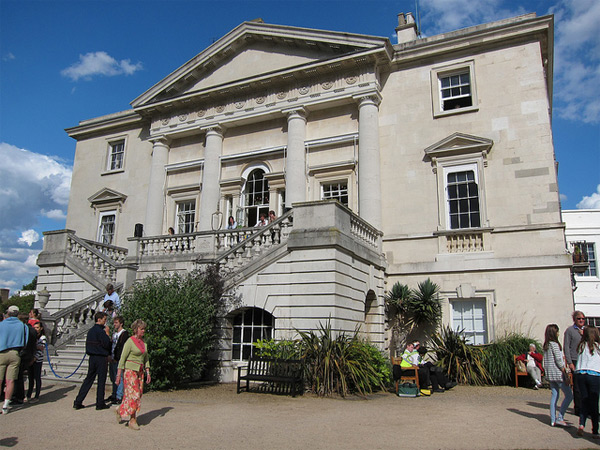 The events will include Let Everyone Sing and Dance, a concert of 18th century ballet music by composers such as Bach and Handel, due to be held in the Salon at White Lodge on 3rd May. A far cry from the practice tights and regulation leotards that usually populate White Lodge, this very special celebration is to marry the arts in a unique and utterly memorable event in extra-special surroundings. An evening of illustrated talks entitled Adorning nature: beauty and utility in Humphry Repton’s garden for White Lodge is also to be included on 7th June, adding to the variety of interests celebrated over the period. With so many varied yet thematically simultaneous events, the Diamond Jubilee celebrations at White Lodge appear to be the epitome of the English population, and indeed Her Majesty Queen Elizabeth II.

9th June will see in a Diamond Jubilee Open Day where members of the public are invited to visit White Lodge to enjoy a mixture of royal-theme activities, whilst residing in such an artistic and equally aesthetic environment. The day includes a guided tour of the premises and the chance to take part in historical dance workshops in the garden. Whilst visitors may not be the next Darcey Bussell wielding their pointe shoes and new toe pads, the event is set to be fun-filled and glorious. 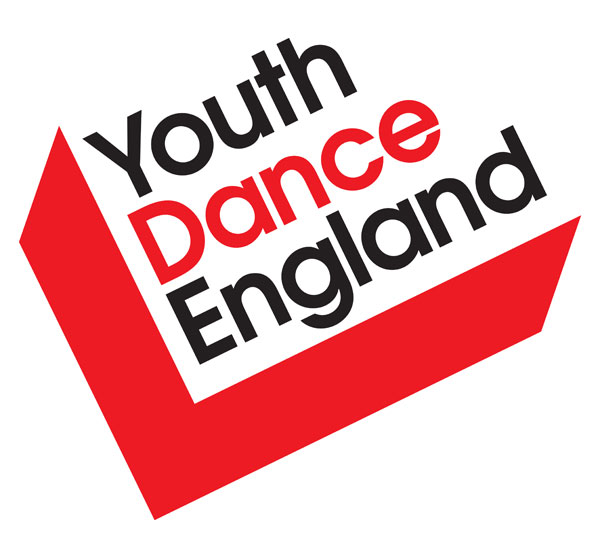 May 4th marked the showcasing of the spectacular work born of the Youth Dance England Young Creatives at the Royal Opera House, demonstrating the sheer talent of young choreographers. 12 works were premiered in a variety of dance styles created by the participants selected to take part in the programme, delivered by Youth Dance England in partnership with the Royal Opera House and The Royal Ballet School.

Each year, YDE Young Creatives aims to support young choreographers aged 15-19 and their dance passions in order to improve their skills and understanding of choreography, and consequently create a dance piece. The programme included a Skill Boosting Weekend, which took place in January, where participants had the opportunity to improve their understanding of the choreographic process. A 3 month mentoring period followed this, where the young choreographers were each paired with professionals for their new creations, enabling them to gain an insight into the world of choreography and increase their knowledge of the sector. The penultimate experience was seen through a 4 day residential at The Royal Ballet School’s White Lodge, where the participants sported their dance practice-wear and took part in workshops, working closely with their peers and the experienced professionals to refine their pieces.

The Young Creatives’ journey culminated with their performance at the Royal Opera House’s Linbury Studio Theatre, performed by their dancers and shown off to the audience, the dance genres hosting fantastic tap shoe, ballet shoe and leotard-clad talent. The performance was introduced by renowned choreographer Wayne McGregor, Artistic Director of Wayne McGregor|Random Dance and the Resident Choreographer of The Royal Ballet, the epitome of “choreography”. McGregor’s fusion of pointe shoes and his fluid, abstract contemporary dance represents an important strand of the Young Creatives ethos, famous nationwide for the refreshing creativity of its participants and the high standards of performances.

One wonders what the 2013 programme will bring!