West End LIVE, in association with MasterCard, is returning to Trafalgar Square on June 23 and 24 2012 for free! Presented by Westminster City Council and the Society of London Theatre, West End LIVE showcases the quality and diversity of performing arts entertainment on offer in the heart of London… free for all. The iconic setting of Trafalgar Square demonstrates and promotes the West End as an exciting venue for all the family, whether it is musical theatre, contemporary dance or show-stopping voices that take your fancy.

Featuring showcase performances from every West End musical alongside interactive exhibits from London’s top attractions such as live bands, museums, galleries and cultural institutions, West End LIVE has been a great success in previous years, and 2012 looks to provide no less. It is a unique event that has grown and emerged as a hugely popular fixture in London’s entertainment calendar. As an all dancing and all singing spectacular, West End LIVE is a whirlwind of coloured costumes and performance tights, showing off the high kicking character shoes and the daring moves of jazz sneakers whilst providing a fantastic musical soundtrack.

Featuring highlights from west end musicals such as Thriller Live, The Wizard of Oz, Matilda the Musical and Chicago, West End LIVE is a sure-fire way to get your theatrical taste buds tingling as you experience a wealth of performances free of charge. Other exhibitors include Madame Tussauds, the Science Museum and Ripley’s Believe It Or Not, with performances from the Angelina Ballerina Dance Academy, National Youth Music Theatre, West End Kids and Big Dance. With something for everyone of all ages and interests, West End LIVE looks sure to entice and excite you with its fantastic offerings for 2012. 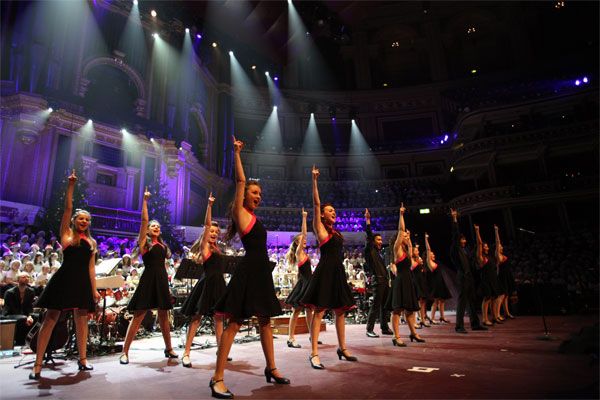 As one of the UK’s most prestigious and highest profile musical theatre song and dance troupes, West End Kids has gone from strength to strength since its inception in 2001, and is now famous nationwide. Formed by Musical Director and specialist vocal coach Martin-Gwyn Williams, WEKs is based primarily on the American model of training young Broadway performers.

WEKs is renowned for providing exceptionally talented young and aspiring performers with the opportunity to advance their talents further, encouraging them to tighten their tap shoes and step confidently in front of the microphone. The WEKs – approximately 20 – are in high demand due to their unfaltering successes, handling an incredibly busy schedule of high profile events, performances and studio recordings. Just recently, WEKs performed at the Charles Dickens bicentenary dinner, providing a professional and slick spectacle, kicking up the heels of their character shoes! They have previously spread their influence at the London 2012 Olympic Games, West End Live, Move IT and Children In Need, amongst hundreds of other events.

Last year, the WEKs were seen and heard by over 1 million people, and through online technology such as Facebook and Twitter, they have a large following throughout the world. Be it leotards, show tights and New Yorkers, or jazz pants and jazz trainers, the WEKs work to tailor each performance to each individual client. Additionally, the WEKs have recorded and released numerous studio recordings, with the most recent being a new arrangement of Aint No Mountain High Enough which is available on iTunes. In 2011 the world-class WEKs performed for British Prime Minister David Cameron at the Commonwealth State Banquet after being selected as the UKs brightest star within youth music theatre; 2012 looks as though it is set to be another year of success and performance for the WEKs!