The 25th anniversary of Matthew Bourne’s company New Adventures was 2012, and was perhaps one of the busiest in the company’s history. With the continued success of Bourne’s Sleeping Beauty in 2013, it seems there is no stopping the contemporary, theatrical company.

New Adventures recently announced that Sleeping Beauty will tour the United States from September this year, playing two week seasons in Cleveland (Playhousesquare), New York (City Center) and Los Angeles (Ahmanson Theatre) in addition to a week-long engagement at the prestigious Kennedy Center in Washington DC. Opening at the Civic Center in Des Moines on 27 September, the three month tour will also travel to Schenectady (Proctors) and Charlotte(Blumenthal Performing Arts). The US tour will follow the current record-breaking UK tour of the production, which is also due to visit The Ravenna Festival in Italy (29 May – 2 June) and the company’s fifth visit to The Chekhov International Festival in Moscow (11 -16 June).

Holiday plans have also been announced, with the original cast of Sleeping Beauty being filmed at the Bristol Hippodrome in May for later broadcast on UK and International television over the Christmas period. This will be followed by a subsequent DVD release: the film will be directed by Ross MacGibbon, who has collaborated many times with Matthew Bourne on previous award-winning New Adventures films, including the recent Imagine Documentary, “A Beauty Is Born”.

In the unveiling of another production for the company, Scottish Ballet will be presenting Highland Fling having been granted the rights to perform it. Highland Fling was originally produced in 1994, and was revived in 2005 before the exclusive 2013 Scottish Ballet production as an imaginative reworking of the classic romantic ballet La Sylphide with a wickedly wry Scotch twist. 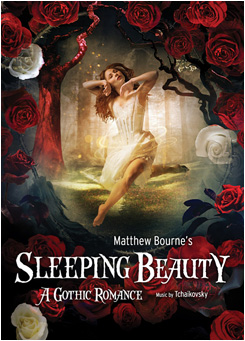 Matthew Bourne’s Sleeping Beauty, which completed his Tchaikovsky trilogy of the composer’s ballet masterworks, is preparing for a run in New York City in autumn following a hugely successful London season and UK tour. The trio began in 1992 with Nutcracker!, continuing in 1995 with his international hit Swan Lake.

Bourne’s acclaimed reimagining of the iconic classical ballet production will run during October and November at the New York City Center, and will be the company’s New York premiere of Sleeping Beauty. This is following Bourne’s Swan Lake also hitting the City in 2010 after its first visit in 1998 when the production played on Broadway and won three Tony Awards.

The original production of tutus and tights, The Sleeping Beauty, was choreographed in 1890 by Marius Petipa, inspired by Charles Perrault’s fairytale about a young girl cursed to sleep for 100 years. As a result, The Sleeping Beauty, Swan Lake and The Nutcracker were all re-imagined by Bourne in terms of choreography, set, and interpretation, expanding audiences and combining classic stories with contemporary and theatrical dance.

For Sleeping Beauty, Bourne sets his production in the original year of 1890, setting the christening of the central protagonist Princess Aurora at the height of the fin de siècle period, full of fairies, decadence and vampires which fed into the gothic imagination of the era. The narrative then moves forward into the Edwardian era of with Aurora’s coming of age, and into the modern day with her waking after a century-long sleep.

Bourne’s production of Sleeping Beauty was the fulfilment of a great ambition in order to celebrate the 25th anniversary of Bourne’s company New Adventures in 2012, and also to complete his choreographing of three great Tchaikovsky ballets. 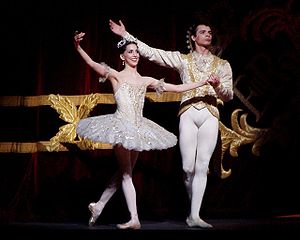 Whilst the arts sector presents a huge variety of dance works and ballets in particular, there will nonetheless be masses of captivated children throughout the UK, privy to a specially crafted version of the usual 3 hour production of Sleeping Beauty. A national tour of My First Sleeping Beauty  will travel the country until June 3rd 2012, inspiring children and young people alike in a piece that has been adapted especially for them. Children are encouraged to boo, clap and cheer, expressing themselves through the pantomime elements of My First Sleeping Beauty and becoming part of the story.

Award-winning choreographer Matthew Hart is responsible for creating the wondrous spectacle of My First Sleeping Beauty in all its finery, tiaras and all. Set to Tchaikovsky’s score, the amazing cast of dancers from the English National Ballet School pirouette their way through this shortened version of the original Sleeping Beauty. However, Hart has worked to maintain much of the original choreography in order to educate these new audiences in the link between the School and the Company.

Engaging young children with such a timeless classic as Sleeping Beauty is an innovative creation, with this being the first of a presumable line of “children’s ballets” aiming to inspire families to eventually come and see Sleeping Beauty in its entirety, continuing the story and classical technique.