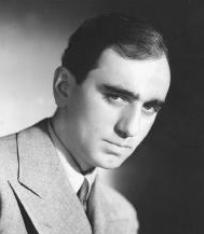 The son of an actor and actress, Busby Berkeley became a Broadway dance director in the 1920s after serving in the army during World War I. He came to Hollywood to work on films like Eddie Cantor’s Whoopee! in 1930 and turned to directing with the 1933 She Had to Say Yes and then Gold Diggers. He continued to work throughout the 1940s and early 50s, aiming to help people escape the misery of those eras, full of breadlines, depression and wars.

Now Warner Bros. Pictures is giving iconic choreographer Busby Berkeley the chance to be reborn, with actor Ryan Gosling rumoured to play the famous director and choreographer of musicals from Hollywood’s golden age. Named “Buzz: The Life and Art of Busby Berkeley” by Jeffrey Spivak, the adaptation is set to be produced by Marc Platt and Gosling.

Platt has musical experience in that he produced Broadway’s box-office hit Wicked, and is currently working on Disney’s adaptation of the Broadway musical Into the Woods, for release in December. He also produced the popular film Legally Blonde, which was turned into a Broadway and then West End musical.

Berkeley became famous for his elaborate dance routines in Hollywood musicals, such as the 1933 42nd Street and the 1935 Gold Diggers, two of the many movies he choreographed for Warners. He was especially famous for his overhead shots in which chorus girls performed shifting kaleidoscopic patterns, and he earned three Oscar nominations for best dance direction, a category that no longer exists. These overhead spectacles are awe-inspiring, the choreographic movement impeccable.

Who doesn’t love a dance film? For uplifting moves and some real great tunes, you can always rely on a good dance film to perk you up. It’s no surprise that many dancers get their first interest in the world of movement from seeing an actor bust a move on the big screen. Everyone’s got a film that made them fall in love with dance.

In at number ten is American musical classic Fame. With music by Michael Gore and choreography by MTV dance instructor Louis Falco, it’s no wonder this film has also been ranked in Entertainment Weekly’s top 50 Best High School Movies.

Showcasing one of heartthrob Channing Tatum’s breakthrough roles, Step Up follows the story of two very different dancers in two very different social classes, and who must rely on each other to cement their professional futures.

Say what you like about John Travolta – the man has got some moves. In at number 8 on our list was his solo dance scene in Saturday Night Fever, in which he takes to a gloriously fabulous lighted stage in an equally fabulous pair of flares and dances the club to a standstill.

You can’t get more iconic than that opening scene – two rival gangs who ‘fight’ by pulling off some slick dance moves in front of each other. For style, grace and stone cold coolness, West Side Story is the quintessential retro dance film.

It’s not great in the world of musical-drama Footloose – upbeat Chicago teen Ren has moved to a small town in which rock music and dancing have been banned under the order of a local minister.
There’s plenty of feel-good dance numbers in this, but of course what made number 7 was the dance to the film’s catchy theme tune. And it really is a toe-tapper!

Despite the fact that it opened to negative reviews by critics, Flashdance became a box-office hit and is now one of the best-loved dance films ever made. And the dance scene that made this list? It has to be that iconic finale, in which Alex dances for all she is worth. What a feeling!

It’s another appearance on this list for John Travolta – this time in 1978 classic Grease. There’s so many great dance scenes to choose from – but what made number four in our list was that toe-tapping classic Greased Lightning.

Yet another film starring John Travolta! And it’s another iconic dance scene from the Tarantino blockbuster. Even though it’s not quite as complicated as some of the other dance scenes on this list, it’s still a favourite at weddings even now – and you can’t say it’s not memorable.

You can’t have a list about the best dance scenes without Singing in the Rain – so here it is, in at number two. And the scene which everyone loves so much? Of course, it’s Gene Kelly singing – and dancing – in the rain!

Agree? Disagree? Let us know on our Facebook page! 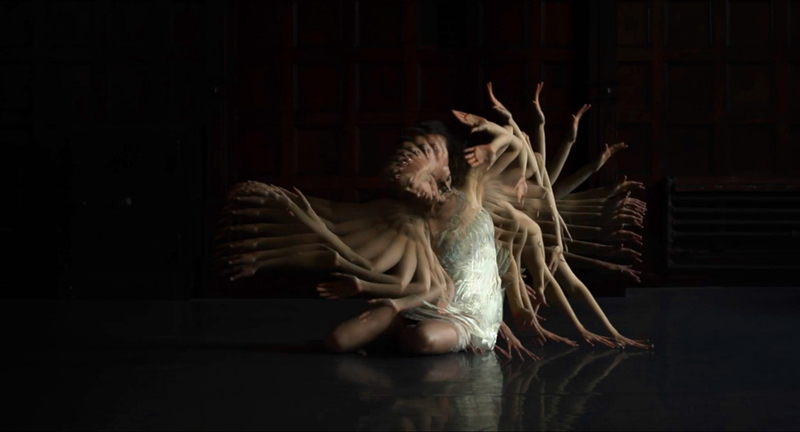 Today we are highlighting an incredibly hypnotic short film called Choros. Filmed in 2011 by Michael Langan & Terah Maher, Choros is a dizzying combination of music, dance and cinema where a single dancer (Maher) is “layered” over herself 32 times… in effect, a “pas de trente-deux”! Set to Steve Reich’s Music for 18 Musicians, the result is surreal, highly inventive and just plain beautiful to watch.

The filming of Choros references a historical technique called chronophotography, whcih used multiple photographs to enable the scientific study of a subject’s movement. However, Langan and Maher have advanced the technique in Choros through digital innovation, which has lead to multiple international awards since its launch.

Watching the full work requires freeing up some time as it lasts for 13 minutes, but we urge everyone to watch this truly stunning film… it is inspirational!