American Ballet Theatre is set to mark is 75th anniversary with a celebration which will last 15 months. It will include historic revivals, new works, a new documentary film, a touring exhibition by the Library of Congress and an anniversary gala. With such a huge milestone to celebrate it seems the company is rather justified in its plans. If this news was not exciting enough, guest artists for the season will include Evgenia Obraztsova, Natalia Osipova and Marianela Nuñez, who will be making her American Ballet Theatre debut in a revival of Frederick Ashton’s Cinderella.

The spring season will feature works performed during the company’s first decade of work, such as George Balanchine’s Theme and Variations, which was created for the company in 1947. The works will also include Agnes de Mille’s 1942 Rodeo, bringing out the company heirlooms from the archive. The most anticipated part of the celebratory year of the anniversary is Alexei Ratmansky’s new production of The Sleeping Beauty, which has its world premiere at the Segerstrom Center for the Arts in California on 3 March 2015.

The company will hold its anniversary gala at the Metropolitan Opera House in New York on 18 May 2015, featuring special guest appearances, film excerpts of historic performances and interviews with major figures in the dance world. Esteemed choreographer Mark Morris will then create a new work for American Ballet Theatre’s autumn season for 2015.

The anniversary will also be marked by a new documentary by film maker Ric Burns, detailing the company’s intricate background. The Library of Congress exhibition – American Ballet Theatre: touring the globe for 75 years – will be on view until January 2015, and will then travel to Los Angeles where it will be available to view for six months. 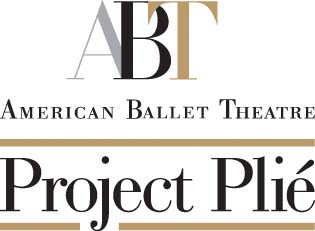 As American Ballet Theatre celebrates its 75th anniversary, it will also celebrate the first birthday of Project Plié, its national initiative focusing on increasing racial and ethnic representation in ballet. Even in the US ballet is still incredibly streamlined, with nearly every major ballet company being made up mostly of Caucasian dancers.

Project Plié seeks to combat this issue of deficient racial diversity through dance scholarships for non-white dancers, complimentary training for teachers who work with ethnically diverse populations, partner companies around the country who reach specific populations, free classes for children through Boys & Girls Clubs of America (how ballerina Misty Copeland began) and masterclasses that introduce youth to ABT in each of New York City’s five boroughs.

The initiative aims to assist ballet students from diverse backgrounds reach their full potential by providing them with the support and active engagement of teachers, mentors and current professional dancers. ABT believes that diversifying the art form at its training level will strengthen and broaden the pipeline of future artists and help ensure ballet’s continued relevance in the 21st century. So far the project has been well received with many embracing the mission of the programme and reaching out to get involved.

Since the project began, there has already been a rise in the number of dancers who have auditioned for ABT’s summer and full programmes. In addition, ABT has been able to award 40 merit-based scholarships for talented students. Project Plié was also able to provide six teachers National Training Curriculum scholarships, giving them the means to travel to New York, train with ABT and learn to creatively and collaboratively address barriers to young dancers’ participation in their communities.

Overall, the long-term goals of the many outreach initiatives of Project Plié are to see America’s ballet companies diversify and reflect the country’s multiculturalism to remain relevant, recognising that the demographics of the country are changing.

American Ballet Theater has announced a diversity programme in beginning a partnership with the Boys and Girls Clubs of America and regional ballet companies across the country in order to increase the number of minority dancers. Project Plié will offer scholarships to talented young dancers and train dance teachers who work in underrepresented groups and communities, boosting diversity within ballet to reflect the US population.

ABT Soloist Misty Copeland has become the face of the new national initiative following appearances in a Diet Dr. Pepper advert – her stretches and pirouettes viewed almost half a million times on YouTube – and in magazines such as New York, Forbes, and Essence. These have hooked fans from outside the ballet world: ultimately, the company hopes to attract not only more dancers, but also more audience members from minority groups. Copeland values her commercial opportunities which enable her to present ballet as a mainstream not just in a grand theatre where young aspiring children may not have the chance to gain inspiration from ballet dancers’ work.

Project Plié will not just be taking steps to encourage broader participation in classical ballet but also addressing the issue of training access, which can be limited for children by cultural, economic and geographic factors. Project Plié aims to find the next Misty Copeland how she was discovered: by participating in Boys and Girls Club activities when a local dance teacher came to offer free classes, Copeland’s physique was noted and encouraged to begin studying ballet, aged 13. This is considered late by balletic standards yet Copeland had entered American Ballet Theatre’s corps de ballet by 19.

One-hour presentations will be launched at select Boys and Girls Clubs around the country with an introduction to ballet and hands-on play with pointe shoes and tutus, followed by a movement class. Children of high potential will be identified and eligible for one of 10 scholarships that could cover costs such as classes, shoes and transportation, for a year of study with an ABT-certified teacher in their area. Upon completion, those students will be eligible for scholarships to ABT’s Young Dancer Summer Workshop.

The Royal Ballet’s Steven McRae and Royal Danish Ballet’s Alban Lendorf are set to dance with American Ballet Theatre in spring 2013 as part of an artist exchange programme at the Metropolitan Opera House.

In return for these tights-and-tunic dancers, American Ballet Theatre will be sending the principal dancer Cory Stearns to The Royal Ballet and soloist Isabella Boylston to dance in the Royal Danish Ballet’s production of The Nutcracker to appear as Exchange Artists.

McRae and Lendorf will be dancing in the spring season, with McRae dancing the role of Lankendem in Le Corsaire in June, and Lendorf dancing the role of Prince Désiré in The Sleeping Beauty in July. As part of the exchange program with The Royal Ballet and the Royal Danish Ballet, American Ballet Theatre’s Stearns will appear with The Royal Ballet, and Boylston will dance the roles of Dew Drop and Sugarplum Fairy in The Nutcracker in December. This exchange of dancers not only presents the skills and talents of the dancers to another audience but also enables the dancers to hone their technique under unfamiliar circumstances and in unfamiliar surroundings.

During his career, McRae has had the opportunity to perform roles such as Prince Siegfried in Swan Lake, Lensky in Onegin, Romeo in Romeo and Juliet, James in La Sylphide, Des Grieux in Manon, Prince Florimund in The Sleeping Beauty, Colas in La Fille mal gardée, the Prince in The Nutcracker and Cinderella, Blue Boy in Les Patineurs and The Chosen One in The Rite of Spring. Lendorf has equally danced roles such as Prince Siegfried in Swan Lake, Prince Désiré in Christopher Wheeldon’s The Sleeping Beauty, Gennaro in Napoli, James in La Sylphide, Armand in Lady of the Camellias, the title role in Apollo and principal roles in Etudes, Other Dances, Tchaikovsky Pas de Deux and Le Corsaire pas de deux. 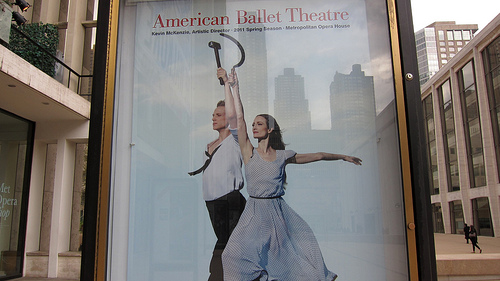 American Ballet Theater has just announced an apprenticeship programme in order to develop young dancers, which is to be new focus for the esteemed company, extending its current range of pointe shoes, leotards and tutus. The creation of the programme will benefit six dancers, enabling them to work as apprentice members of the company’s corps de ballet, gaining the relevant skills required to work as a fully-fledged member of American Ballet Theater, creating and promoting new talent.

The selected dancers will train under American Ballet theatre Studio Company’s artistic associate Kate Lydon, as well as Clinton Luckett, American Ballet Theater’s ballet master. The apprentice course will run for ten weeks beginning in September, and the dancers will then go on to advance to the apprentice level with the company during its performance of The Nutcracker at the Brooklyn Academy of Music. The training will provide full immersion into the ballets in the repertoire of the company, including tutorials in ballet story lines, history, style and mime. In addition, dancers will attend seminars in hair, makeup and company etiquette in preparation for entering the main company, upholding the high, professional standards of American Ballet Theater in the arts world. The students’ apprenticeship will continue throughout American Ballet Theater’s performance season ending July 2013.

The dancers will be selected first from among the students at the Jacqueline Kennedy Onassis School, second from among Summer Intensive students and by audition, requiring them to pull on their best performance tights and shine for all they’re worth.