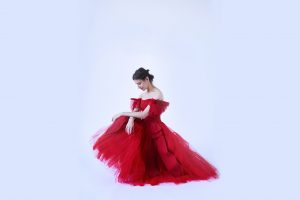 The celebrated Romanian ballerina will be joined on stage by special guests, including Danish ballet star Johan Kobborg. His synchronicity with Cojocaru has marked out their partnership as one of ballet’s great collaborations.

Sadler’s Wells is a world-leading creative organisation dedicated to dance in all its forms. With a rich theatrical heritage of over three centuries, it offers a year-round programme of performances and learning activities.

Audiences of over half a million come to Sadler’s Wells’ three London theatres each year, with many more enjoying touring productions at venues across the UK and around the world and accessing content through digital channels. Sadler’s Wells commissions, produces and presents more dance than any other theatre in the world, embracing the popular and the unknown.

Sadler’s Wells is to open an additional mid-scale venue in east London in 2022. The new space will be at the heart of the East Bank project, a new cultural and education district in Queen Elizabeth Olympic Park in Stratford, which will also include BBC, UAL’s London College of Fashion, UCL and the V&A in partnership with the Smithsonian Institution.