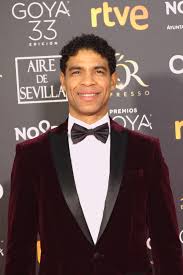 As ballet superstar Carlos Acosta takes up the reins at Birmingham Royal Ballet, his critically-acclaimed company of Cuban dancers embarks on a ten-venue nationwide tour of its latest programme, Evolution, opening at the Mayflower Theatre, Southampton on 3 and 4 March.

Evolution is presented by Dance Consortium, a 20-strong group of member theatres with a commitment to bring the best international contemporary dance to audiences across the UK, which celebrates its 20th anniversary this year.

Acosta founded Acosta Danza in 2015 to, in his words, “create a company which didn’t look like any other company out there”, one which showcased Cuban performers and the vibrancy of Cuban culture. Acosta Danza is now widely acclaimed for an exciting repertoire of works by international and home-grown choreographers performed by a truly distinctive company of dancers with both personality and technique.