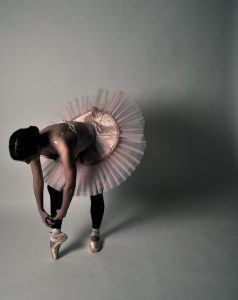 Cojocaru was born in Bucharest and joined the Bucharest Ballet School aged nine. She entered the Romanian State Ballet School and participated in a student exchange programme with the Kiev Ballet School, where she trained until her Prix de Lausanne scholarship took her to The Royal Ballet School in 1997. Cojocaru’s numerous awards include the Danza&Danza Award for Best Dancer 2019, Outstanding Female Classical Performance at the Critics’ Circle Dance Awards in both 2018 and 2017 for her performances as Aurora in Sleeping Beauty and as Giselle in Akram Khan’s production. Further awards include Dance for You Magazine’s Best Dancer Award 2014; the 2014 Taglioni-European Ballet Award for Best Female Dancer; and German Dance Critics’ Award for Dancer of the Year in 2012.

Some of Alina’s most acclaimed roles include Giselle, Julie in Liliom, Marguerite Gautier in The Lady of the Camellias, Tatiana in Onegin and Manon.

Cojocaru’s charity work includes hosting two gala performances in 2008 and 2013 at Sadler’s Wells Theatre in support of the charity Hospices of Hope, a palliative care charity dedicated to improving the life of the terminally ill in Romania and surrounding countries.