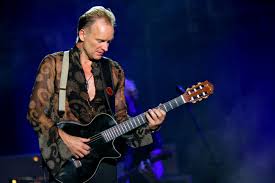 Sadler’s Wells and Universal Music UK have announced the cast and creative team for Message In A Bottle, a new dance theatre production by Sadler’s Wells Associate Artist Kate Prince, set to the music of 17-time Grammy Award-winning artist Sting.

Message In A Bottle receives its world premiere at Sadler’s Wells’ West End theatre, The Peacock, from Thursday 6 February – Saturday 21 March 2020, followed by a UK and international tour. Gravity-defying lyrical hip hop dance and breathtaking music combine in an uplifting story of humanity and hope. After its run at The Peacock, Message In A Bottle tours to Theatre de la Ville Luxembourg (26 – 28 March), The Lowry, Salford (1 – 4 April) and Birmingham Hippodrome (8 – 11 April), with further dates to be confirmed.

Message In A Bottle sees a village alive with joyous celebrations suddenly come under siege. In the chaos, three siblings, Leto, Mati and Tana are separated from their parents; they undertake a perilous journey to new lands and set out on their own extraordinary adventures. Songs include Every Breath You Take, Roxanne, Every Little Thing She Does Is Magic, Walking On The Moon, Englishman in New York, Shape of My Heart and Fields of Gold.

The production features dancers from ZooNation: The Kate Prince Company, who come from all over the UK and from Mexico, Canada, Australia, Japan, Sweden and Holland. In featured roles are Lukas McFarlane as Leto – winner of Sky 1’s Got to Dance (2013); Tommy Franzen as Mati – BBC One’s So You Think You Can Dance (2010) and the Tom Hooper-directed CATS, in cinemas winter 2019; and Natasha Gooden – Blak Whyte Gray (Boy Blue) and Strictly Come Dancing – as Tana. So You Think You Can Dance finalist and judge on CBBC’s Alesha’s Street Dance Stars, Lizzie Gough, also appears.

They and other dancers are joined by Nafisah Baba, winner of BBC One’s BBC Young Dancer (2017), who has recently performed in productions by Phoenix Dance Theatre (Windrush: Movement of the People), Alesandra Seutin (Boy Breaking Glass) and Sisters Grimm (INALA).