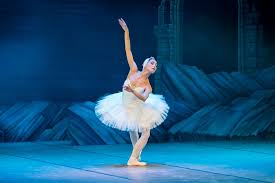 Ballet’s greatest love story returns in Birmingham Royal Ballet’s production of Swan Lake, touring the UK from 29 January – 4 April. This romantic tale of ill-fated passion, illuminated by Tchaikovsky’s legendary score played live by the Royal Ballet Sinfonia, has bewitched audiences for generations. In 2020 the production will tour to Southampton, Birmingham, Salford, Sunderland and Plymouth, created in 1981 by Sir Peter Wright and Galina Samsova.

In partnership with the Hippodrome, Birmingham Royal Ballet is presenting a relaxed performance of Swan Lake during its Birmingham run. Pioneers in making ballet accessible for all audiences, this is a carefully thought through experience that can be enjoyed by everyone, whatever their access needs. The relaxed performance will be 25 February.

Alongside the full Swan Lake production, the hour-long, interactive afternoon show of First Steps: Swan Lake features excerpts from the ballet, performed by Birmingham Royal Ballet’s dancers and full orchestra. First Steps: Swan Lake is interspersed with scenes in which a storyteller sets the scene, introduces the music and characters, and shares some of the technical magic surrounding the ballet. A feast of dance, music, costumes and lots of fun, this is a perfect introduction to ballet from 31 January – 3 April.

Birmingham Royal Ballet has also been rolling out its large-scale performance project, Swan Lake Dreams, to ballet students of all ages and abilities in two of its touring regions, as well as from across the Midlands. A cast of 70 selected students from each of the Birmingham, Plymouth and Southampton areas were invited to audition for a role in a performance on the main stage of their local theatre, alongside the company.

They have each been given the opportunity to train, rehearse and perform in the full-length ballet alongside Birmingham Royal Ballet dancers. Open to students aged eight+, the project gives insight into the company workings while aiming to develop talent and raise aspirations for dancers of all ages.