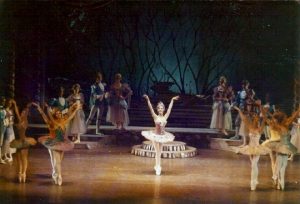 As part of its 70th anniversary season, English National Ballet will celebrate its history with three specially curated gala performances at the London Coliseum on 17 and 18 January 2020.

The gala performances will begin with a blend of film and performance. Using archive footage of English National Ballet, Dominic Best (who directed BBC documentaries Good Swan, Bad Swan: Dancing Swan Lake and Giselle: Belle of the Ballet), will create a film which will dissolve into live performance on stage, with extracts from the following works to be performed:

The Gala performances conclude with a nod to English National Ballet’s early years, with a performance of one if its signature pieces, Etudes by Harald Lander, first performed by the Company in 1955.

Throughout its Season, English National Ballet is giving away 70 free tickets during each run in every UK city it tours to, celebrating and thanking its touring communities. Working with its partner venues, tickets have been shared with individuals making a positive impact in their community; recipients have so far included staff and volunteers from Lifeshare, who support homeless and vulnerable people in Greater Manchester; Talbot House, who support parents and carers of people who have learning disabilities; The NHS Young Oncology Unit at Christie’s Hospital; and Scratch who work to combat poverty in Southampton.

In addition, English National Ballet is giving a Golden Ticket surprise to one audience member per performance throughout the Season. These include signed merchandise, complimentary tickets and programmes, and meet and greets.