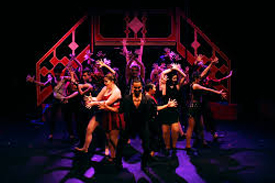 When some theatrical productions are short-lived, there is much anticipation as to what will fill its shoes in the theatre. There are many new arrivals on the horizon in the West End, including lots of musicals to get excited about.

Dear Evan Hansen recently opened at the Noël Coward Theatre, the UK premiere of the smash Tony Award-winning show. The cast is led by newcomer Sam Tutty and it hit the West End at the end of October.

The Dominion Theatre is busy, welcoming Big, White Christmas and the eagerly anticipated UK premiere of The Prince of Egypt over the next few months, based on the hit DreamWorks film. The cast is full of West End stars and award-winners, and it will run from 5 February 2020.

What would happen if, rather than dying with Romeo, Juliet had decided to go out and live her best life? That’s the premise for the new musical & Juliet at the Shaftesbury Theatre. The show had an initial run in Manchester and opened at the beginning of November.

The second West Side Story of the year comes from one of the biggest regional powerhouses – Curve in Leicester. It opens in the Midlands on 23 November.

It hasn’t been professionally revived in over 50 years, but this year’s Mame stars Tracie Bennett and Harriet Thorpe at Hope Mill Theatre, followed by a tour.

The Glee Club, at Cast Doncaster and then a tour, is Richard Cameron’s play. It is a much-loved and anticipated delight, and will hit theatres from 28 February 2020.

The Olivier Award-winning production Hairspray is back with Michael Ball at the helm at the London Coliseum. Full casting still to be announced, and it will run from 23 April 2020.

Mary Poppins is heading back into the West End, at the Prince Edward Theatre. Zizi Strallen and Charlie Stemp star, and the musical has already opened.

Lastly, 101 Dalmations – the Musical will land at the Regent’s Park Open Air Theatre from May 2020. It will be worth going just to see how many dogs can fit on the stage!