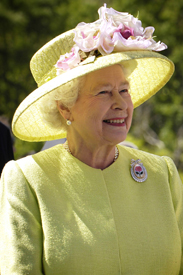 The dance sector has again been recognised in The Queen’s Birthday honours list.

Maurice Noach Stone – For services to dance and community cohesion.

These awards acknowledge the contribution that dance – in all its diverse forms – makes to cultural landscape of the UK. Notable among these honours is the award of Knighthood for services to choreography and dance to Robert Cohan.

At 94 Robert Cohan is the last of the generation of contemporary choreographers which includes Alvin Ailey, Glenn Tetley and Paul Taylor. No one has had a greater influence on the development of dance in Britain than Cohan. Having pioneered the teaching of contemporary dance technique in Britain, he was instrumental in the development of a vast following, not only for the repertory of LCDT but for the many other British companies which followed.

Since returning to the UK in 2013 after a number of retirement years living in France, he has been much in demand as a speaker and teacher. He has restaged his works for Middlesex University and the Rambert School. He continues to give so much to dance as he guides young artists through his teachings and choreography, further developing his legacy.