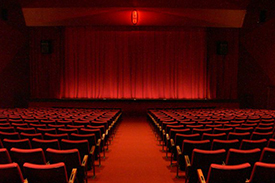 A new 600-seat theatre has been confirmed to open in King’s Cross, London, from the creators of the Bridge Theatre also residing in the east of the capital. The building is currently under construction and is planned to open for winter 2021, with further details confirmed for the upcoming new theatre, created by the London Theatre Company.

King’s Cross has been undergoing a lot of redevelopment over the past few years and it’s showing no signs of slowing down. A huge new brewery has just landed in the area and now a theatre is coming too, from Nicholas Hytner and Nick Starr.

The pair, responsible for the Bridge Theatre in east London, will open the new 600-seater the year after next. The space is based on the same layout as the Bridge and will host a programme of new commissions and classics, adding to the theatrical and artistic landscape of the area currently.

The new theatre will be situated on Lewis Cubitt Square, adjacent to London’s Coal Drops Yard. It will be housed inside the P2 building (which is also where Facebook’s new office will be for its UK operations) and like the Bridge, will be a flexible auditorium that can adapt to a varied programme of productions. It will be designed by award-winning Haworth Tompkins, in collaboration with TAIT. The nine-floor building housing the venue is being designed by architects Allford Hall Monaghan Morris.

With a massive new venue is coming to White City in the summer and the Boulevard Theatre set to open in Soho this year too, theatre in London is booming.