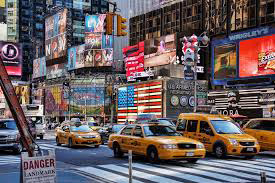 The month of May saw it confirmed that the production of Harry Potter And The Cursed Child will have its Broadway premiere in spring 2018, at the newly renovated Lyric Theatre in New York. The official opening will be 22 April 2018, with preview performances, casting and all further details to be announced in the coming months. Tickets will go on sale in the autumn.

Last month, Harry Potter And The Cursed Child became the most awarded production in the history of Britain’s Olivier Awards, winning a record-breaking nine awards including Best New Play and Best Director. The production has won 22 major theatre awards in the UK since opening last July in London. It is created by JK Rowling, Jack Thorne and John Tiffany, with a text by Thorne and directed by Tiffany. Movement is by Steven Hoggett, set by Christine Jones, costumes by Katrina Lindsay, lighting by Neil Austin and sound by Gareth Fry.

Based on an original new story, the production is one play presented in two parts. Both parts are intended to be seen in order on the same day (matinee and evening) or on two consecutive evenings. Harry Potter And The Cursed Child is the eighth story in the Harry Potter series, and the first official Harry Potter story to be presented on stage. The London production continues to run at the Palace Theatre, where it is currently booking until 29 April 2018.

The production tells the story of Harry Potter, now an overworked employee of the Ministry of Magic, a husband and father of three school-age children. Harry grapples with a past that refuses to stay in the past, and his youngest son must struggle with the weight of a family legacy he never wanted. A must see!