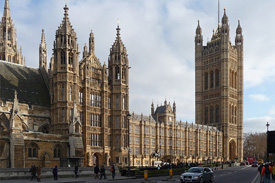 A report from the House of Lords has deemed the focus on sciences as detrimental to the arts in schools, as a result of the Communications Committee investigating the barriers young people face when attempting to get into the performing arts industry. As part of the report, the committee heard from witnesses including director Indhu Rubasingham and the CEO of the Society of London Theatre, Julian Bird. Aside from supporting the report, they also highlighted the number of performers, directors and writers from more affluent backgrounds, and the under-representation of those from BAME communities.

As a result it seems the government’s focus on science and technology education may have a detrimental effect on the status of arts subjects in state schools, which is of course the stance those already working in the arts have maintained. While the committee did not have time to fully compile its report (due to the general election last month), it did highlight key issues which it thought deserved further consideration. These issues included the focus on science, technology, engineering and mathematics having a detrimental effect on arts subjects, lack of career advice to make children aware of opportunities in theatre, and little understanding of the full range of jobs in the sector (such as lighting, wardrobe and carpentry).

The high-profile authors of the report go some way in giving this viewpoint a voice in the wider world, supporting the fact young people are not provided with adequate resources when considering a career in the performing arts. Also deemed a general concern is the future funding for theatre. The report noted that between 2010-11 and 2014-15, local authority investment in theatre fell by 18 per cent (£31m). It is clear that UK theatre is a positive part of social and cultural life; the committee hopes the government will give careful consideration to the issues raised.