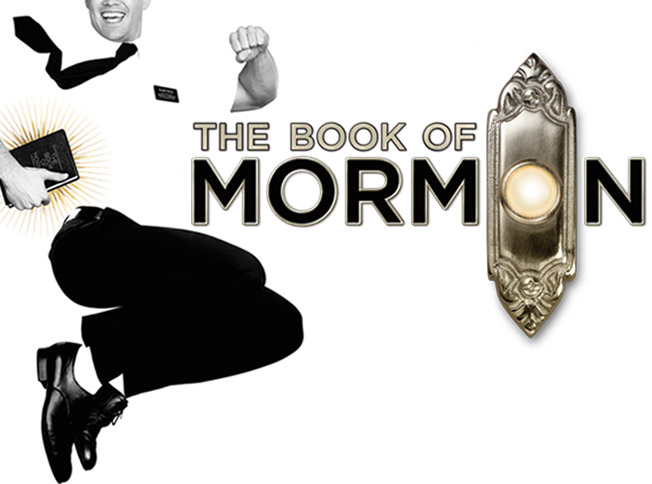 With the incredible success The Book of Mormon has celebrated since it opened in March of this year, it begs the question as to whether productions of this kind, and dance too, must continually push accepted boundaries in order to draw in audiences, or similarly keep them interested.

The Book of Mormon is incredibly unsubtle but nonetheless extremely entertaining in its shallow depiction of two missionaries journeying to Uganda, frequenting the use of  expletives  and being entirely ruthless in their approach. Whilst this is a musical theatre production, light-hearted and energetic, it suggests that even the broad commerciality of musical theatre may be veering towards the shock factor and the innovatively new in order to draw in younger (and different) audiences who may then also catch the bug of showbiz.

This is mirrored, directly or indirectly, in the postmodern era of contemporary dance for example, instigated by the Judson Church Group in 1960s USA. The group worked to push the boundaries of contemporary and modern dance to break free from the ‘constraints’ of the American modern dance pioneers, namely Martha Graham, Doris Humphrey, Merce Cunningham, and so on, whose techniques shaped perceptions of dance. This resulted in the likes of Trisha Brown with her site-specific installations, Yvonne Rainer and Paul Taylor, who went from the ‘naughty boy’ of the Martha Graham Dance Company to a post-modern choreographer in his own right, rebelling against the technique and expression of previous years. However, even those such as Graham, Humphrey and Isadora Duncan, as the primary protagonist, were rebelling in one sense or another, with Duncan being the most apparent of the three by dancing barefoot and without the restricting corsets of the era in which she resided.

It is interesting therefore to note that today’s dance and musical theatre scene may not be a rebellion of the previous, but more an evolution of the current, with choreographers and performers attempting new things in order to drive the industry and keep the art-form alive.