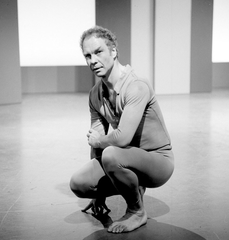 The Merce Cunningham Trust, established in 2000 to further the iconic American choreographer’s legacy, has announced an award of $250,000 to the Baryshnikov Arts Centre, and $375,000 to the Foundation for Contemporary Arts.

Both organisations were seemingly highly important to the choreographer during his life, especially the Foundation for Contemporary Arts as it was founded by Cunningham’s partner John Cage, and Jasper Johns, a longtime collaborator. The Foundation provided vital support to Cunningham over the many years he worked before his death in 2009. Equally so did Mikhail Baryshnikov, who performed Cunningham’s work and assisted fundraising. Baryshnikov heads the Baryshnikov Arts Centre.

These generous donations mark the first – and perhaps only – time the Merce Cunningham Trust has awarded cash grants: it may not happen again. The Merce Cunningham Trust works to support the legacy of Cunningham’s work, and much work is done to support the licensing of the work. The recent donations awarded have arrived without any criteria by which to work with the donations, despite the Trust’s aims, not even to encourage the teaching of Cunningham’s technique.

Meanwhile, the Baryshnikov Arts Centre has been raising funds to establish a Cage-Cunningham fellowship, and will also rename its largest rehearsal space the John Cage and Merce Cunningham Studio. In focusing on its own fundraising for the fellowship, it seems the Merce Cunningham Trust donation was a surprise from the sister institution, especially a provision of this size to aid its work. The Centre aims to advance the next generation of ‘rigorous artistic rule-breakers and innovators, in the names of Cunningham and Cage’ and can do so through the award.

The Foundation for Contemporary Arts will use the grant to establish a biennial Merce Cunningham Award, the first recipient of which will be choreographer Yvonne Rainer; Jasper Johns has particular memories of Rainer dancing in Cunninhgam’s old 14th Street studio.

Rambert, Britain’s oldest dance company, is set to perform a site-specific version of Merce Cunningham’s signature works, Events, at its new South Bank building this summer. Cunningham is seen as many as one of the fathers of post-modern dance as we know it today within the contemporary sphere, with many artistic directors of Rambert having studied in the then-Cunningham studios in New York.

Events marks the first time the touring dance company will stage a professional show of its own at its new £19 million home, which opened in December 2013 with the original intention of operating solely as a rehearsal space. It will stage Rambert Event – which will see Cunningham’s choreography arranged in a new version by Jeannie Steele – in two of its studios, which will accommodate 120 people from 28 June to 12 July. Previously Rambert has only partnered with the nearby National Theatre, using the Rambert studios to stage performances of The Curious Incident of the Dog in the Nighttime following the collapse of the theatre the show was playing in.

The promenade show will feature new music written and performed by Philip Selway, from rock band Radiohead, and designs by painter Gerhard Richter. It will be the first performance of Cunningham’s Events since the closure of the choreographer’s dance company in 2011, following his death in 2009. The company presented a number of Events throughout its lifetime, accumulating in a farewell tour which came to a triumphant close on New Year’s Eve in 2011.

The performance has been made possible due to a £100,000 donation by Ambassador Theatre Group chief executives Howard Panter and Rosemary Squire. Panter is chair of the dance company and their donation has launched Rambert’s New Work Commissioning Fund, which will raise private money to develop exceptional projects that are additional to the company’s normal repertoire.