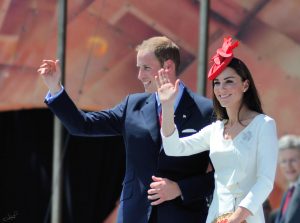 United Queendom will profile two of the palace’s former residents, Queen Caroline, the wife of King George II, and his mistress, Lady Henrietta Howard. Largely forgotten by history, this play restores them to life, imagining what their lives must have been like in Georgian England. Caroline and Henrietta refused to back down in a male dominated world, refused to be silenced and refused to bow to tradition. They changed the course of history redefining the role of women at court, fundamentally changing palace life in the process.

The play will begin with guests arriving for the King’s birthday party, before deciding whether to follow the Queen or Lady Henrietta. As a ‘make-your-own-adventure’ type tale, theatre-goers can expect to visit up to 14 rooms throughout their stint in the 18th century court.

Queen Caroline is a notable figure in British history for helping to strengthen the House of Hanover’s power in England. A close associate of Robert Walpole, she held political sway, and was also beloved by the country and her King, who refused to remarry upon her death. Meanwhile Henrietta was known for her wit and smarts (but not her beauty) and relations between her and the Queen were known to be good (she was appointed one of her Lady of the Bedchamber in order to be closer to the King). She was part of an intellectual circle that included Charles Mordaunt, 3rd Earl of Peterborough, John Gay and Alexander Pope.