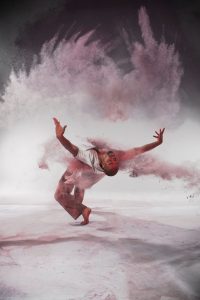 DanceXchange (dx), the Birmingham-based dance house, announced its latest performance season recently, which runs from 31 January until 29 March. It will be presented in both studio and gallery settings as well as their home venue: The Patrick Studio, Birmingham Hippodrome. The programme features two World Premieres by some of the best UK and international choreographic talent from three critically acclaimed companies, plus the opportunity to see some of the best youth talent in the West Midlands.

On 27 & 28 February, Wasteland, Gary Clarke Company’s sequel to the critically acclaimed COAL, looks at how two generations coped in an era of radical upheaval. Wasteland is performed by a company of exceptional dancers, a community cast of male singers, brass musicians, archive film footage, a powerful rave sound score and unique art work by Jimmy Cauty (co-founder of The KLF).

DanceXchange Artist in Residence Carlos Pons Guerra presents the World Premiere of his Caribbean and queer reimagining of Puccini’s seminal opera, Madame Butterfly. Mariposa: a Transgender Tragedy by DeNada Dance Theatre, opens on 27 & 28 March, and is an operatic dance drama that transports Puccini’s Orientalist libretto to post-revolution Cuba, where a hopeful rent boy is asked to sacrifice his gender in exchange for the love of a foreign sailor.

The season concludes with U.Dance WM on 29 March, a vibrant and exciting mix of dance genres and themes performed by some of the best young talent from across the West Midlands.