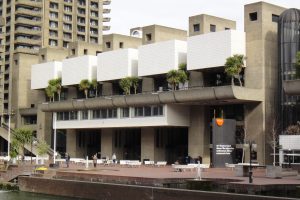 Part of Inside Out, a year exploring the relationship between human inner lives and creativity, Viviana Durante Company brings the world premiere of Isadora Now to the Barbican Theatre, London in February 2020. An evening of performance paying tribute to the American dancer Isadora Duncan, a timeless feminist icon who made work that enabled women to express themselves physically on their own terms.

It is a rare opportunity to see Duncan’s own choreography. Dance of the Furies was created in 1905 and exemplifies daring, courage and ambition – qualities that were widely disapproved of in female dancers at the time. Next the evocative Five Brahms Waltzes in the Manner of Isadora Duncan (1975) by Frederick Ashton, performed by the legendary ballerina Viviana Durante in her first solo appearance for a decade. To close, a new group piece by choreographer Joy Alpuerto Ritter, co-commissioned by the Barbican, set to specially composed live music by Lih Qun Wong.

With an all-female ensemble, Durante’s show celebrates one of Duncan’s biggest legacies – a freedom of movement and spirit that has inspired artists and thinkers everywhere – while introducing original dance profoundly influenced by that same revolution today. The dancers are Begoña Cao, Viviana Durante, Nikita Goile, Sharia Johnson, Charmene Pang and Serena Zaccagnini.

Through this, Viviana aims to celebrate the freedom that Isadora brought to dance – and particularly to women dancers and choreographers, who continue to develop her legacy today, when dance is becoming increasingly about athleticism, rather than artistry and the ability to communicate.

Born in Rome, Viviana Durante trained at The Royal Ballet School from age 11 and joined The Royal Ballet at 17. Two years later she attracted national attention when she took over as Odette/Odile in midperformance, never having been taught the role. In 2017 she founded Viviana Durante Company to bring both neglected masterpieces and exceptional new work to the stage. Viviana was appointed Director of Dance at the English National Ballet School for the 2019/2020 academic year.