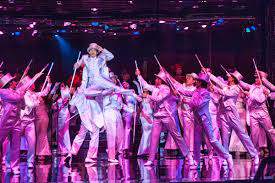 Looking at musicals set for film adaptations, there is always a huge amount of choice as to what will work well. Capturing the essence of the production forever is just one advantage of turning a musical into a film, with many successful examples existing already. Looking ahead, there are many set to delight audiences.

After working on the screen adaptation of Boublil and Schonberg’s Les Miserables, Tom Hooper turned his attention to the film adaptation of Andrew Lloyd Webber’s hit musical, Cats, which is very much in the horizon. Casting for the film is star-studded, with Jennifer Hudson alongside others including Taylor Swift, James Corden and Ian McKellen. The film is set for release on 20 December.

The iconic duo Tony Kushner and Steven Spielberg are coming together to work on a new version of the classic musical West Side Stort by Stephen Sondheim, Arthur Laurents and Leonard Bernstein. The cast is a mix of film greats and upcoming stars, with the film set for release on 18 December 2020.

Stephen Daldry of Billy Elliot fame is signed up to direct the film of Wicked, but no casting has been announced. Composer Stephen Schwartz has said that he is writing new songs for the film, set for release on 22 December 2021.

Finally, Alan Menken and Howard Ashman’s 1986 film Little Shop of Horrors is such a cornerstone of musical theatre history. At a special Beauty and the Beast event, the composer Menken said that Audrey II will be back on the big screen in the future. Produced by Marc Platt (Wicked) and directed by Greg Berlanti, the movie musical will include a script by Matthew Robinson to create a fresh version of the 30 year old film. There is no release date announced at present.