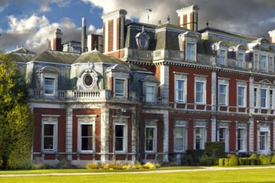 Tring Park School for the Performing Arts has appointed Antony Dowson, former principal of the Royal Ballet, and Lorraine Jones, a well-known choreographer, who trained at Doreen Bird College, to the roles of joint interim directors of dance. Antony and Lorraine are both currently part of the dance department; Antony is artistic director of the school’s Encore Dance Company and Lorraine is deputy director of dance and head of modern dance.

The school launched the first-ever Tring Park Dancer of the Year award in March with the finals taking place in April. The competition saw 57 dancers aged between 16 and 19 from the school’s sixth form perform dances in three genres – classical ballet, contemporary, jazz dance and an award for choreography – with 12 reaching the finals.

Competitors from the sixth form dance course compete in two genres of dance, to showcase the talents of the dancers and their abilities to be versatile and proficient in more than one area of their training. The students were given a solo, for classical ballet a repertoire solo and in jazz and contemporary choreographed by the faculty.

Tring Park is one of the UK’s top performing arts schools – the majority of pupils forge successful careers in the performing arts. The school has its roots in dance and is world famous for its dance credentials, having produced many a professional dance star and choreographer. Its young dance students perform in West End ballet productions with the English National Ballet at the London Coliseum.