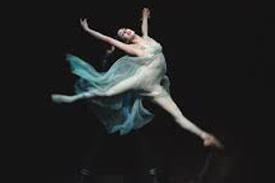 Now in its eighth year, English National Ballet’s Emerging Dancer competition will be held at Sadler’s Wells for the first time on Thursday (25th May 2017). Selected annually by their peers, six of the company’s most promising dancers perform at the event in front of an eminent panel of expert judges, before one receives the 2017 Emerging Dancer Award. Also revealed on the night will be the recipients of the People’s Choice Award as selected by members of the public, and the Corps de Ballet Award, acknowledging the work on and off-stage of a member of the Corps de Ballet.

The finalists will first perform a pas de deux, followed by a solo. This year will see Isabelle Brouwers and Emilio Pavan present the grand pas from Paquita, Madison Keesler and Guilherme Menezes will dance a pas de deux from Bournonville’s La Sylphide and Rina Kanehara and Aitor Arrieta will perform the Esmeralda pas de deux. This year’s finalists have been mentored by their peers in the Company. Senri Kou has helped Madison Keesler and Guilherme Menezes prepare for La Sylphide, Pedro Lapetra has mentored Rina Kanehara and Aitor Arrieta as they rehearse Esmeralda, and Fernando Bufalá and Maria José Sales have worked on Paquita with Isabelle Brouwers and Emilio Pavan.

Last year’s winner of both the Emerging Dancer Award and the People’s Choice Award, Cesar Corrales, will perform a pas de deux from Don Quixote with Katja Khaniukova.