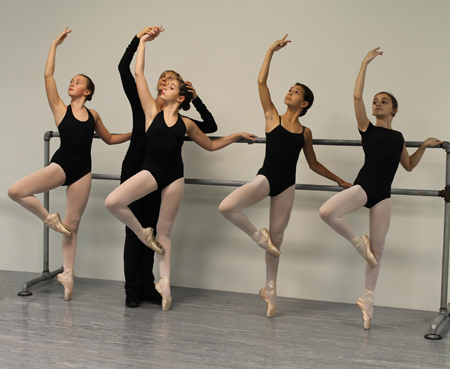 Whilst the title may appear melodramatic, the reality is that injury and accident are the very things that can prevent dancers from continuing to perform, perhaps forever. The origins of ballet are completely tame by today’s standards, with boundaries constantly being pushed, along with the number of pirouettes performed, the height of leg extensions and the steep curvature of the feet.

These gymnastic achievements come at a cost – torn Achilles’ tendons on stage, falls, injuries during rehearsals. Is ballet becoming too dangerous? To constantly present new things and remain ‘on top’, dancers are required to push themselves to – or even beyond – their limits. That is not to say dancers must become complacent, only to consider and be aware of the potential outcomes of the risks of their first love.

Recently, while dancing Kitri in the Royal Ballet’s Don Quixote, Russian icon Natalia Osipova fell on stage. While she recovered the fall quickly, it was announced during the interval that she would be replaced by first soloist Akane Takada. It is not necessarily the Royal’s tradition to rise to the occasion in a crisis – last year there was no rehearsed second cast to fix problems, so the remaining performance was cancelled – however Takada was a success as a very different Kitri to Osipova.

Ballet is a high-risk activity: a slippery stage or momentary lapse in attention caused problems for Osipova and could even lead to months of rehabilitation following injury. Other dancers have also been injured, at the Royal Ballet in particular, both in rehearsal and on stage. Osipova’s injury, and others’ during performances, is the chance for another dancer to shine and take a moment on stage in their replacement. When the understudy dancers are from lower ranks in companies, stepping in at the last minute proves their worth, something less easily gained during usual company life.