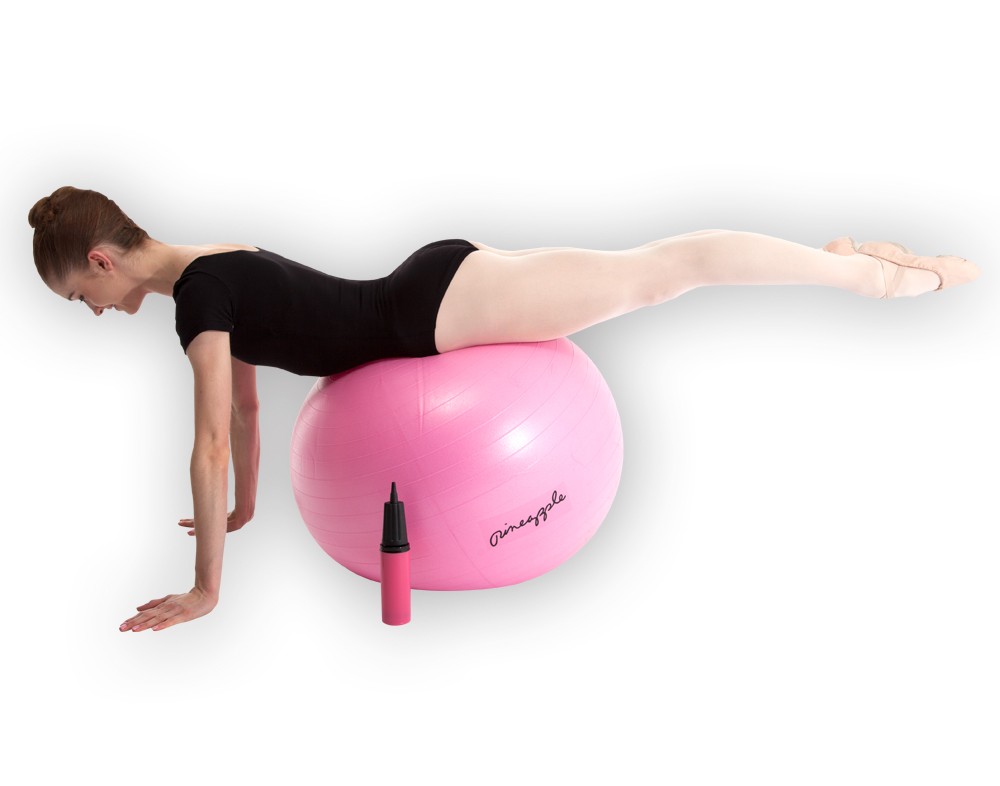 Swiss balls, known by a number of different names, are large, heavy-duty inflatable balls used for aiding core strength in dance technique. The balls offer a fun, safe and highly effective way to exercise, and are relatively inexpensive compared to other exercise equipment. Stocked by Dance Direct, for example, the Pineapple ball is burst resistant, and works to keep the entire body in shape, targeting all the major muscle groups and supporting dance work.

The Swiss ball was used as early as the 1960s, originally used by physical therapists and chiropractors in Switzerland to assist with rehabilitation and became known as the Swiss Ball. Through seminars and classes the Swiss Ball was introduced to the USA in the early 1980s and became known as extremely versatile and valuable in terms of dance. In the late 1980s coaches, athletic trainers and personal trainers also realised the effectiveness of the Swiss Ball in developing balance and core strength, and since then the fitness balls have been reported as the most effective method for core conditioning.

Using a Swiss ball will improve the strength of the abs and the lower back, as well as improving balance, proprioception and flexibility. Alignment is improved by the use of additional muscles to maintain stability and balance, abs are worked simultaneously with the back muscles through abdominal crunches on the fitness ball (which have been scientifically proven to work the abs more than the regular crunch), muscle strength, tone and endurance are improved in all of the major muscle groups, core stability is built up through the use of the major and deep muscles which helps stabilise and support the body’s movements, and stretching exercises using the ball as a tool are all fantastic uses of the Swiss ball to aid dance training and beyond to maintain the dancers’ body.