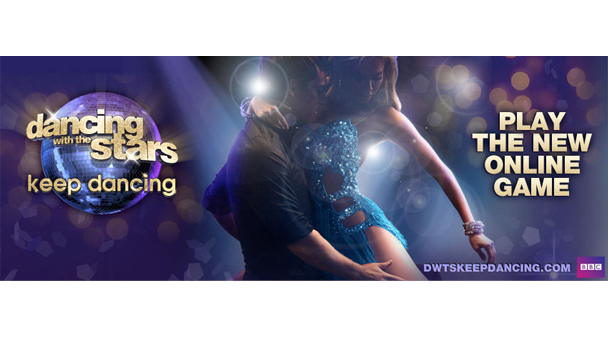 With the autumn 2012 season of Strictly Come Dancing well underway and with some contestants already voted off the show, a complementary element has been launched by the BBC for fans of the show to indulge themselves in the sequins, feather boas and Latin and ballroom shoes the show encompasses. It has even been rumoured that Strictly Come Dancing recently beat The x Factor in terms of viewers.

The Strictly Come Dancing online game is a game version of the extremely popular show featuring Dancing With The Stars (the US version of the show) professional Mark Ballas and Strictly dancer Artem Chigvintsev, enabling fans to engage even further in the show. The game “Strictly Keep Dancing” allows users to pick from their favourite professional dance partner, in which fans who wish to tango and salsa can do so dressed in their choice of sparkly outfit and outlandish dance show make-up.

The game, which coincided with the launch of the Dancing With The Stars online game too, allows users to choose their own dancing partner from a list that includes current real-life stars of the show. Closely based on the BBC series, the game will allow players to compete on the dance floor as they try to excel to higher levels, collecting points as they go and living out their dance star dream.

Users logging on to the website have been advised that they ‘may experience glitches or problems when they play’ because the game is still in its trial BETA stages.