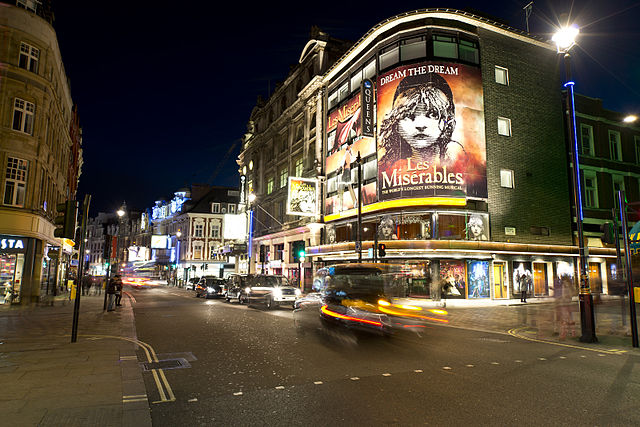 When new musicals hit London’s West End in particular, there is often a sense of excitement and anticipation, but possibly now one of cynicism too. How long will it last? What will the audience and box office figures be like? Following such a barrage of shows opening and closing within the same year throughout 2014, it is no wonder these questions are now largely conscious in theatrical minds. Only recently was it announced that the hearty – and seemingly successful – Made in Dagenham was set to close its doors, and the reaction was rather subdued, even expectant.

Equally, there doesn’t seem to be a successful musical theatre model in which to base a new show heading for the West End, except perhaps for The Book of Mormon, of which content includes severe expletives, blasphemy and and downright crude humour. A very different experience for audiences, however; the show has played to 100% capacity since its opening, and continues to book well in advance at high prices. Even shows which have had successful runs at the Chichester Festival Theatre – a surefire breeding ground for West End transfers – such as Singin’ in the Rain, have not managed to survive in the city.

There is no middle ground particularly in the West End, filled with either established ‘classics’ which have years on their clocks, such as The Phantom of the Opera and Les Miserables, or young musicals which are just beginning and cannot compete. Perhaps financial and social issues are to blame for the poor survival rates of West End musicals, using up lots of time and money to produce the show, which do not translate to return on investment for that very reason.

With recent reports showing the capital now cannot financially house those that are playing on its stages night after night, perhaps London is becoming to too expensive to reasonably survive in.